I'm a map nut. Well, a worldbuilding nut in general. But mostly a map nut. I've always found the idea of other worlds to be fascinating, other places full of stories and adventure. Maps don't always get the best reputation in fantasy, maybe people think they're overused, but what better to bring a setting to life?

I generally hand-draw maps as I find specialist map drawing software imposes too many limits. Generally I use the GIMP with a drawing tablet, and G.Project to get different projections. I'd be interested in knowing of any mapping software that:

Anyone know of such a thing? It's a desert out there.

Speaking of deserts... I like to draw naturalistic maps, without all the fuss about political boundaries, cities, etc. Those can go on later. I like getting a feel for what the world looks like, the backdrop to all the fussy little human bits. Okay, so you want to know where your cities are if that's where the adventure is, but what's on those featureless white plains surrounding them? So I'm a bit of a stickler for ecology and realistic biome placement. I've considered writing a tutorial for how to do that, but it's a messy process and one that really takes a lot of intuition - there's very few absolutes in biology. Most of it's random eyeballing and experience, with a focus on Earthlike worlds. For a how-to, here's a good Cartographer's Guild thread. 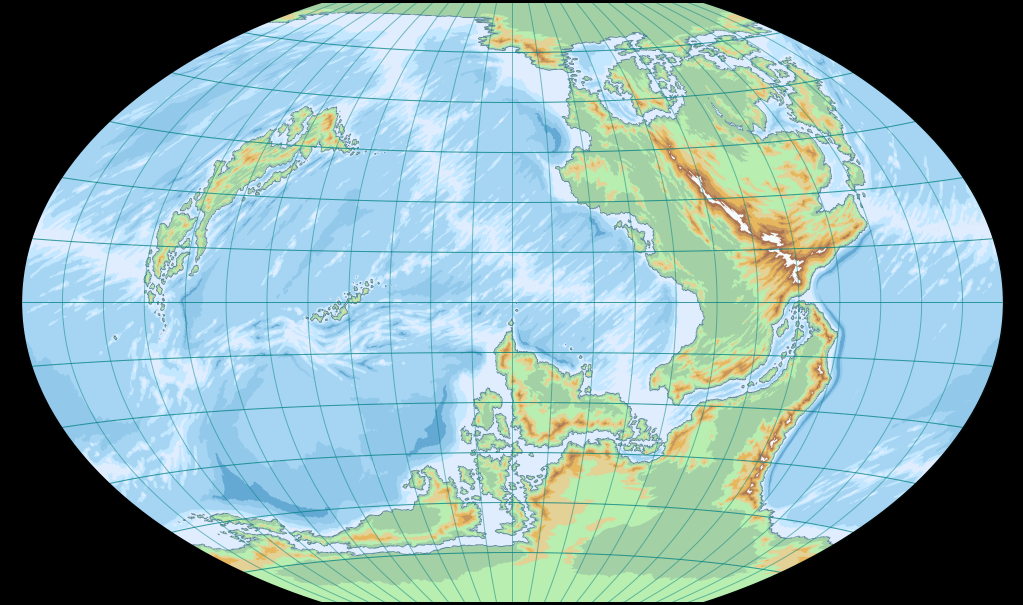 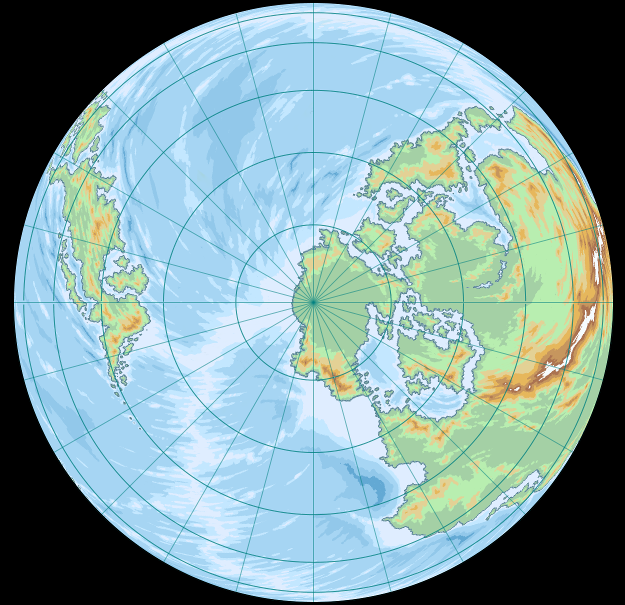 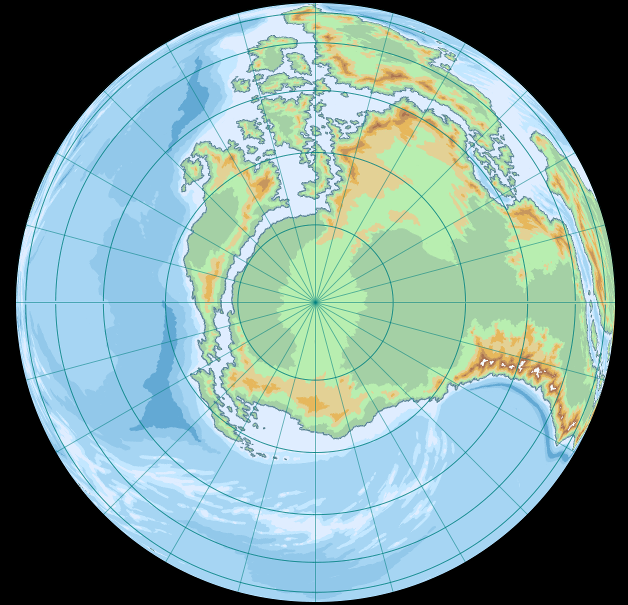 Avengaea was done on commission using an existing map as a base. I did some fiddling to make the map fit on a globe and colour it in atlas style. I think this world was for RPG purposes, but I'm not in contact with the owner at the moment. (If you're reading, I still want to do the ecological maps!) 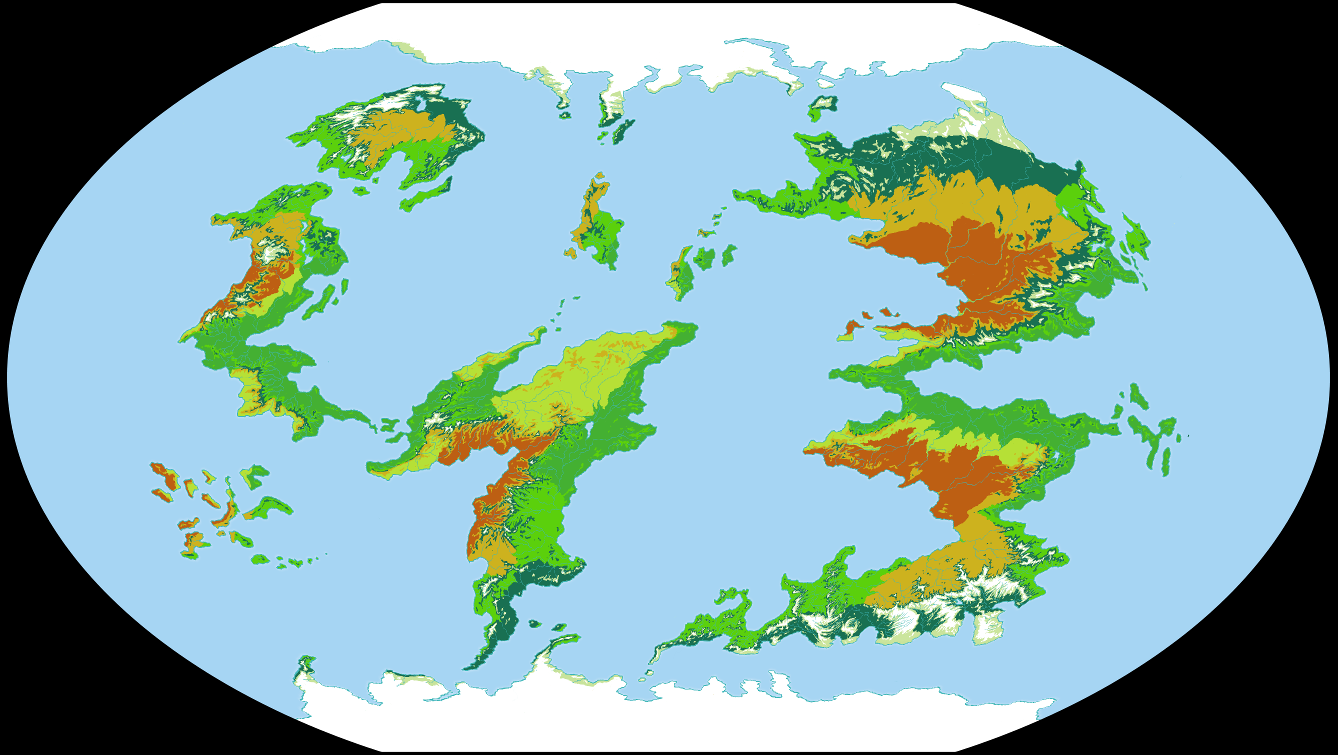 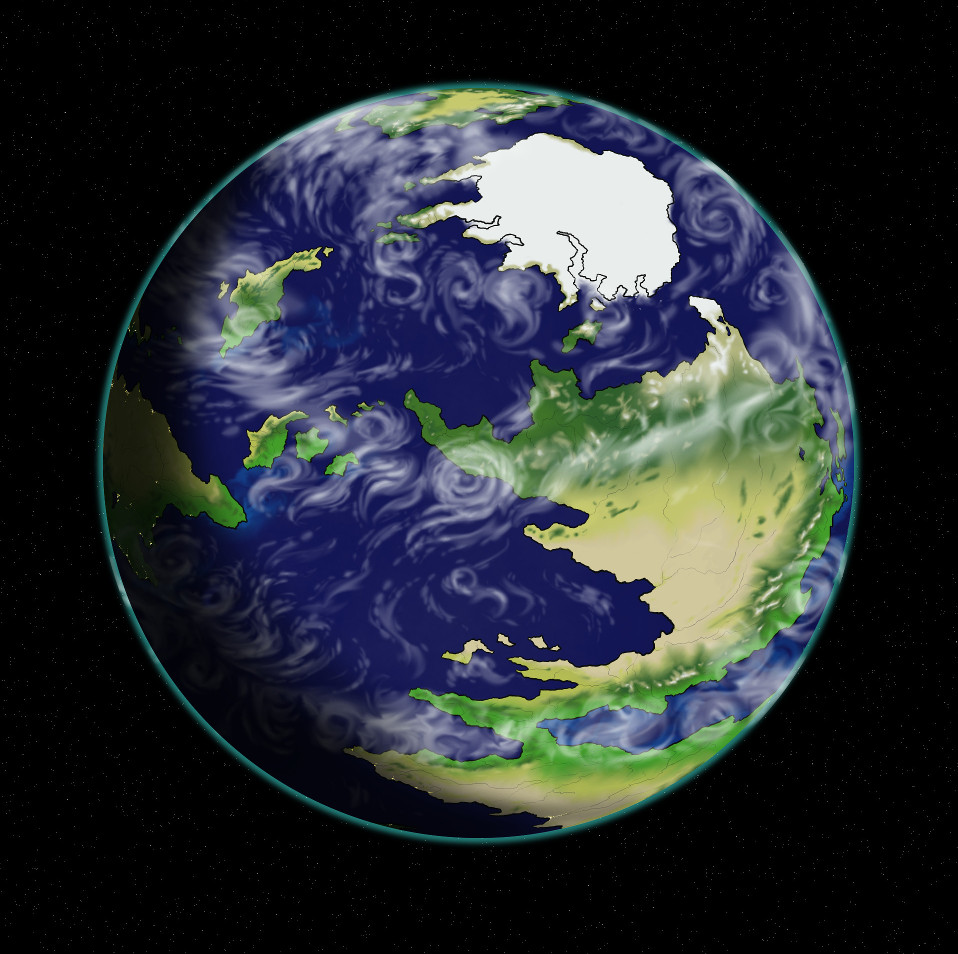 Dimentiara is the settling for the webcomic Battle Kreaturez. This was another map set done on commission and based on an existing map drawn by the comic creator. I really liked doing the from space view, trying to match the creator's style. 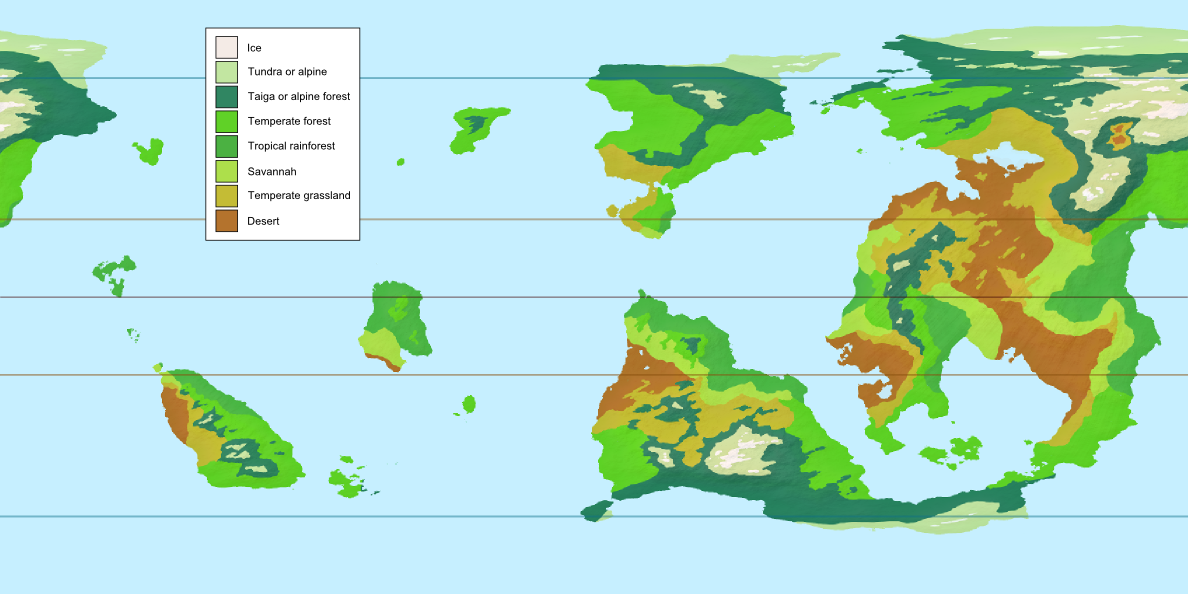 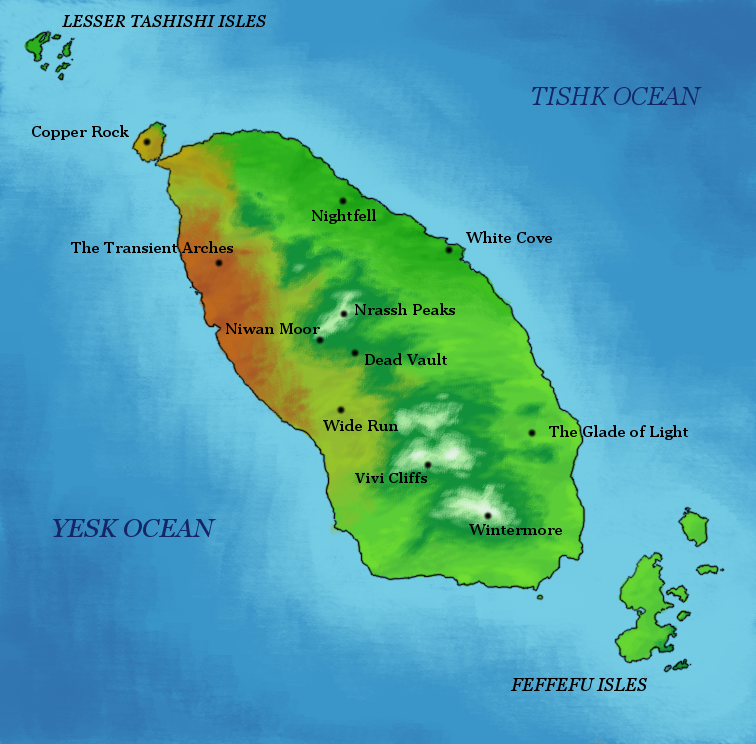 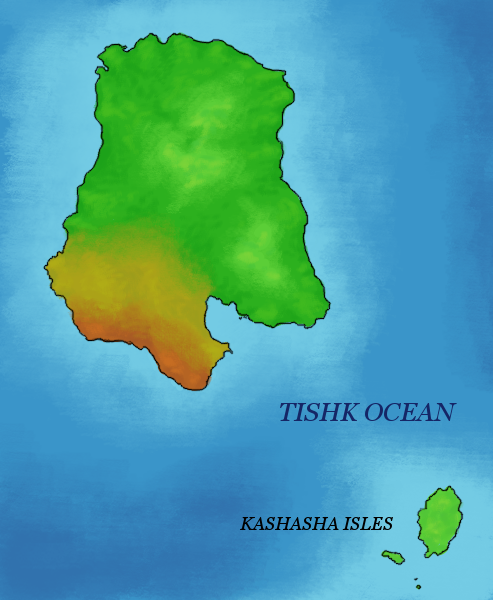 Ryll is the world of the Kiarrcats, one of my for-fun worldbuilding projects.

I broke tradition with Ryll and generated it using Fractal Terrains. I'm not personally a fan of FT. It should fill my criteria for a good mapping program, but I find the editing tools too low resolution to be of any use. The landmasses don't make a lot of tectonic sense either, but that's to be expected - they're generated from fractal noise, not any sort of plate simulator.

But I don't want to pick on Fractal Terrains. It's not bad software, it just don't do what I need. If what you want is to pull up a randomly generated map rather than draw one, and you don't care about realistic landforms (maybe it's magic?) then it's a nice bit of kit. So with Ryll, which was designed from the very start to be a fun world, I went into FT and tried out several random planets until I got one that looked pleasing.

I'll concede to taking over in one spot: biome placement. FT's biomes seem to be very oddly spaced and extreme. I can forgive unrealistic landforms, but with ecology, something's got to give! So I exported the original map and painted the biomes myself. I'd apologise, but every worldbuilder has their one pet issue that they won't budge on...

Ryll's regional maps are done in GIMP. I decided to try something a little different and go for a painterly style rather than pure atlas. I like it - fits Ryll's nature-orientated style. Since there aren't cities and the like on Ryll, the ground cover itself has to be the fancy, attention grabbing stuff.

Fantasy maps are rare. Fantasy globes, less so. Most published worlds I see don't appear to show any indication that they're set on a round planet at all. Okay, Terry Pratchett had an excuse, but the rest of them... Eh, that's okay, most of them are set on old-style worlds, ones that aren't fully mapped. Maybe there's some sort of "planets=sci-fi" thing going on. Maybe they're just more story focused! But I can't work on a world for long without thinking of it as a real, living planet...

Or maybe globes are just rare because they're a pain in the butt to make. That's another thing I want to do a tutorial for someday - drawing a map that fits onto a sphere. (Guys? How's that spherical canvas program I asked for coming on? Pleeeease?) There's way more flat surfaces to draw on. Round ones, not so much...

I don't have any finished globes, but I'm working on a small globe of Ryll as a test structure. So far I've done a lot of flailing at a small polystyrene sphere, some tissue paper, and glue. Watch this space...